Jon Acuff is one of my favorite speakers/authors. Jon lives in Nashville Tennessee and is a New York Times Best Selling author, speaker, and podcaster. He has spent years helping people to overcome the limiting beliefs that hold them back in their personal and professional lives. As he’s studied the human response to various situations, he’s realized that we all have inner thoughts that play over and over in our brains, often not so positive. He calls those thoughts our Soundtracks, which is the title of his new book.

In this episode, my guest is a New York Times best-selling author Jon Acuff. He’s known for over seven best-sellers, including his most recent Wall Street Journal #1 best-seller “Finish: Give Yourself the Gift of Done”. He shares his most helpful life hacks with my audience.

[02:55] Jon’s motivation to release his most recent book.

Throughout the pandemic, Jon had faced challenges that sometimes made him feel like he was drowning, similar challenges to those the majority of people faced during this time. Everyone was forced to adapt to a new, somewhat frightening way of life and Jon felt that his ideas could be beneficial to people who were looking for some guidance in uncharted territory. One of the main focuses in his book is overthinking, which became so common during the course of the pandemic. People have been facing anxieties that are new to them and everyone overthinks and suffers from similar situations. Jon’s message is that knowing that everyone overthinks things to some degree should be a freeing idea, and hopes to help people not feel so alone in their fears or worries.

Jon shares a few examples of how he used situations in his personal and professional life to change his perspective. Having the courage to question your surroundings and the situations you’re stuck in is so powerful to become an individual that can lead and increase productivity. Jon talks about embracing the type of person you are, loud, quiet, outgoing, or reserved. He also says that it’s beneficial to challenge those traits when it fits the situation, opening up new doors and possibilities. It’s also necessary to recognize that you don’t have to always be in the same situation to be successful. For example, Jon talks about the fact that sometimes if you think you work best under pressure, but there’s no pressure around, you might psych yourself out of still doing great work simply because no one has assigned strict deadlines or specific details that make you feel like you’re in that crisis mode. It works both ways: being able to adapt to your situation is giving yourself the power of possibility.

Jon’s most impactful message is in regards to your own personal soundtrack. He describes this similarly to how you would imagine your internal dialogue, but it’s a bit more psychological because a soundtrack will eventually repeat itself. Learning your own internal soundtrack can be so helpful when trying to maximize your thoughts and mental abilities. It’s the first step in recognizing that you may need to change the way you think and talk about yourself and your surroundings. So how do you know if you have a broken soundtrack? Jon recommends starting with a small declaration of hope or desire. He explains that it can be a large goal or it can simply be something that you want to eat or a place you want to walk to in your neighborhood. Then he says that once you write down that hope or desire, allow yourself to respond. Thinking of your own desires can sometimes result in negative thoughts and reactions, for whatever reason. If your initial reactions don’t push you towards your goals, you have a broken soundtrack that can be fixed

Jon shares a brief history of the authorship of his 6 previous books and discusses how they aren’t all completely related, but they build off of each other. He notes that he never could have written his most recent book when he was a young author because he needed the experience and life lessons that have brought him to the present day.

Jon talks about one of his influences, Colleen Barry. She is one of the stories that he discusses in his most recent book and she is an inspiration to him and regarding soundtracks and changing your mental state to make the best of your life. Colleen was experiencing a job where she felt like she was stuck at a dead-end and didn’t feel like there was anything left for her as a receptionist. Jon then goes on to explain that she changed her mindset and now is the CEO of that company from working her way up from within. This kind of dedication to finding a way to happiness and success is the main point of Jon’s advice. It all comes from within.

[19:36] Children and Their Soundtracks

Considering the fact that everybody has their own internal monologue that translates to their soundtrack, we understand that not everybody has had the freedom and safety throughout life to explore that. Jon talks about how children, for example, may not have the best relationship with math. Teaching your kids that they can change their soundtrack is such a powerful tool and making sure that they become successful adults without becoming overwhelmed and defeated easily. It’s also well known that you can change your soundtrack and work on yourself if your childhood had prevented you from being in a position where you had a clearer mind to think about your own soundtrack. This gives people so much hope, young and old.

If you’re working on your soundtrack, that is not limited to just the voices inside of your head. Understanding that processes and even things can become broken soundtracks is so important to moving forward in this process. Anything that prevents growth within a situation is a broken soundtrack and should be improved upon to create a more successful situation. Taking clear evidence that something isn’t working and fixing that situation is way more beneficial than simply using your emotions to guide you.

Opening up your children to the idea of controlling their soundtrack is a simple way to make sure that they have tools moving forward in their lives to become more successful. It’s compared in the section to the emotional version of setting your kid up financially for the rest of their lives. You never want them to feel like they’re drowning or stuck in the middle of a situation that they don’t have control over.

Jon has a lot of resources and challenges that he puts out there for the public to tackle their own personal goals. He wants to sway people away from perfectionism and influence them to be more focused on their abilities and create a productive environment to grow.

Find out more about Jon at www.acuff.me where you can access his books, podcasts, and so much more!

Jon’s Book “Finish: Give Yourself the Gift of Done” 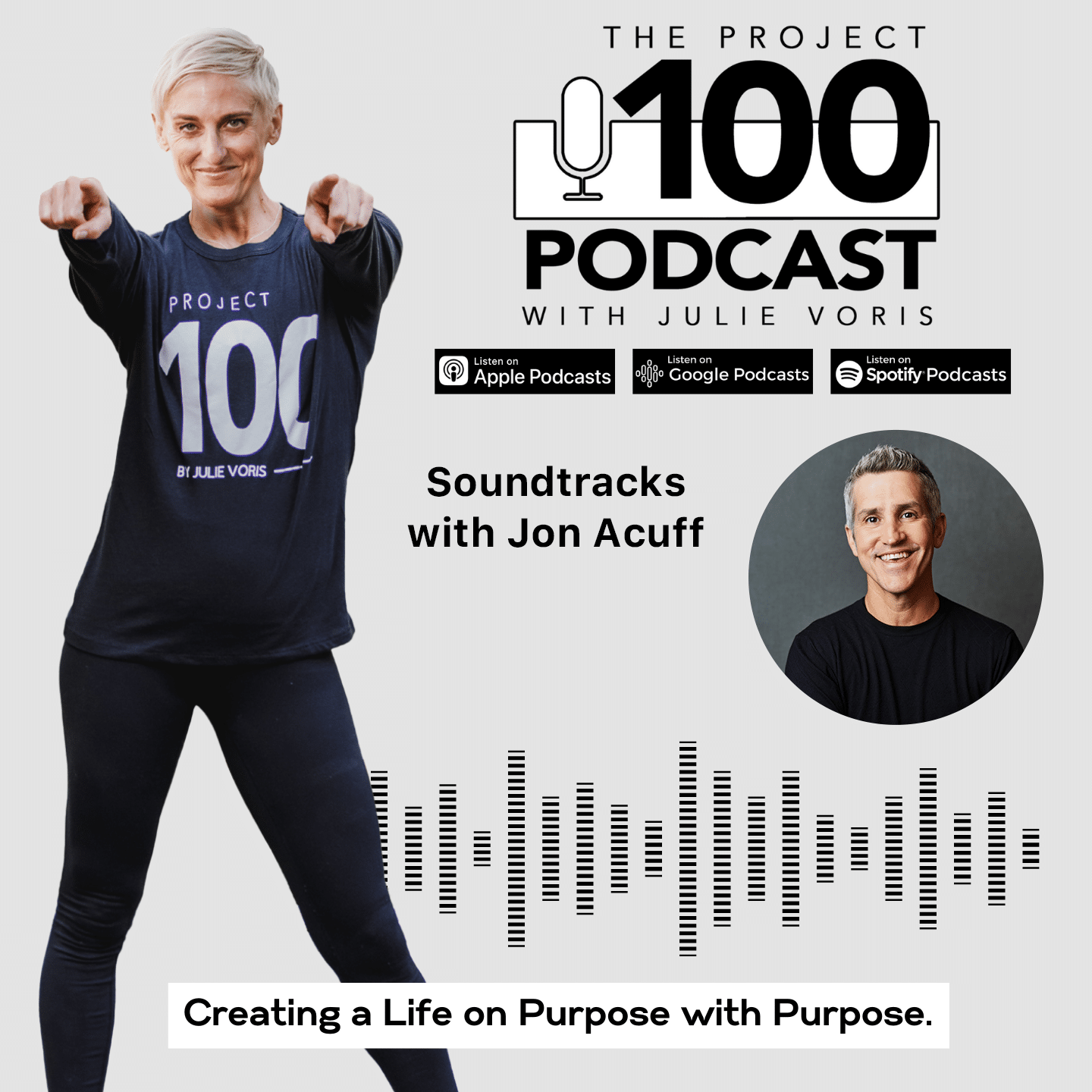