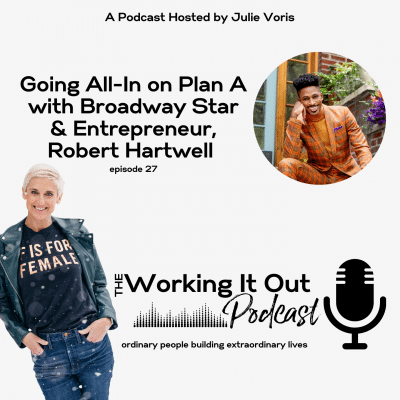 Robert Hartwell is a Broadway star turned entrepreneur who is helping the next generation of talent pursue their dream with vigor and integrity. He helps his students go all in on plan A rather than always preparing for plan B which is why we connected so fully immediately. Listen as he shares more about his story, why our meeting was meant to happen, and how his life has changed in 2020 and 2021. This was a beautiful conversation and one you’ll listen to more than once.

After you listen, will you message me on social and let me know your thoughts? Use the hashtag #workingitoutwithJV so I know you’re part of my podcast community!

[01:48] The Power of Connection and Alignment

Robert and I met because we were meant to – nothing is random. After my daughter Josie was injured while dancing with Orlando Ballet, we were in Orlando, packing her up to come home and Jessy decided she wanted to go to a live Broadway-style masterclass. Robert was putting on a workshop in Orlando and the moment we met it was like Kismet. Hear the whole story.

Robert is the CEO of The Broadway Collective and he shares how his business has grown and shifted and pivoted during the time we’ve known each other. He’s hoping to create a culture of vulnerability, sustainability, and accountability within his students and the industry.

When we met, Robert was performing in Hello, Dolly!, his 5th Broadway show. He shares more about his experiences on Broadway and why he feels that his education and community helped him transition to a CEO.

[16:57] When He Realized He Wanted to Go a Different Direction

He always knew that he was going to be on Broadway but he also knew that he wanted to create a supportive environment that pushed people. Becoming the CEO of The Broadway Collective was always in the stars for him.

His best friend’s little girl is the perfect example of why we can do all the things. She will take care of her baby doll, then build the building, then read the books, and play in the kitchen. Our ability to do more is limited only by our mindset and belief about what we can do.

Success does not come simply by thinking of it. You need to wake up, get your feet moving, and get your morning going so that you can reach your goals. Listen in to hear more about why this advice and modeling by his friend Michael Phelps has been so important in Robert’s life.

Robert has spent the last year looking back and realizing that we’ve all been pivoting our entire lives, but only in the last year have we had the word for it. He shares why he thinks true pivots are in the remembrance of where we’ve come from and what our big “why” is.

He has found love in the form of a new home. Hear how he found his home and why he felt so connected to it at a glance. He also digs into the difference between being available and being ready.

Listen as he shares all the places he hangs out online and ways that you can work with him. 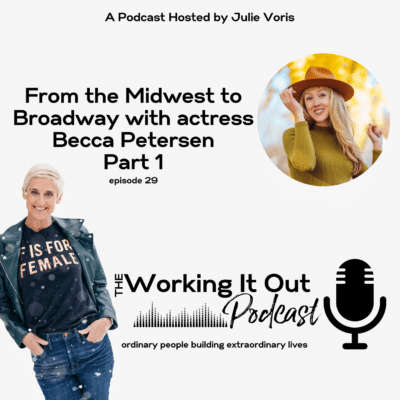 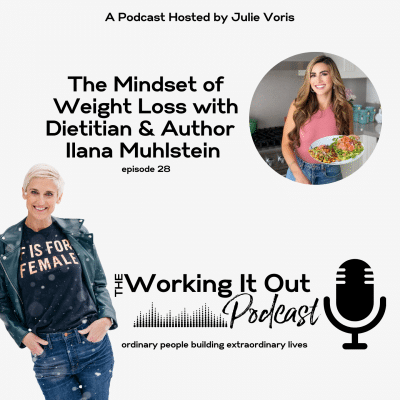