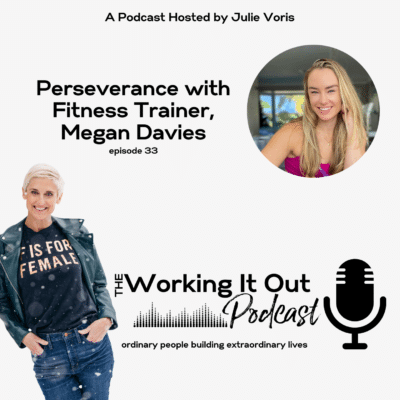 Megan Davies has a story full of ups and downs but through it all she has leaned into her perseverance and is now reaping the rewards. Megan grew up in a family that wasn’t particularly interested in clean, healthy living, even though they were all active.  When she turned 14 she decided to start doing fitness and figure shows and that’s when her life took a new turn. Megan AND her family started eating more healthily and moving with intention – Megan’s decision became the domino for the health of her family.

Listen in to hear how she’s changed her life, the lives of her family members, and those of people all over the world through health, wellness, and fitness. After you listen, will you message me on social and let me know your thoughts? Use the hashtag #workingitoutwithJV so I know you’re part of my podcast community!

[03:35] Megan shares her story and a little bit more about how we met.

Megan got started in fitness when she was around 14. She started with fitness and figure competitions yet she wasn’t dialing in her  nutrition yet. As she started her fitness journey and learned more about nutrition, she became a powerful influence on her family and her parents realized they wanted to live a healthier lifestyle too.

[10:20] Where did she get the idea to participate in figure competitions?

At the time she was doing gymnastics and knew that path wouldn’t be long term for her, so she started exploring other options. That’s when she found figure and fitness competitions and inspired her Dad to explore this platform too.

He did! It was this shift that actually pushed the entire family into learning about health, wellness, and fitness, and they’ve since stuck with it. Listen to learn more and hear how he did in fact make his goal!

She went to college at University of Central Florida and joined the rowing team.  As she transitioned out of competitions, Megan was looking to do something a little bit different and wanted to get a team environment.

She’d gone to school to be a physical therapist and found she wanted to work in fitness as opposed to post-surgical therapy. After college she got a desk job and she realized that what she missed was training people. She and her dad made the decision to start a business and began personal training from their garage.

Rather than stay stuck in the fine, she’d kept pushing toward what she loved. Most of their training clients weren’t paying though. Learn how it all shifted.

Finally her boss, after seeing all the work she was doing to grow her passion, “fired” her from her job. She knew that Megan was meant for bigger things and holding onto the security of her job was keeping her stuck. It’s that kind of support that’s helped her create the life and business of her dreams.

Megan had always been in the Beachbody arena and didn’t know it. In fact, Beachbody had even used her gym for another reality show. Later they called her asking her to audition for another of their reality shows… and she said no.

It was like Survivor, Beachbody style. They had to create workouts, live together in a house, and then were ranked based on their ability to train. The experience was the catalyst for Megan coming out of her shell and embracing her future and a professional fitness trainer on a larger scale.

Just as everything was ramping up, the pandemic became a reality. Instead of having the biggest cast ever and continuing with the launch, everyone was sent home. Learn how they managed to get Megan’s fitness program produced and launched despite adversity.

They went from the biggest set ever with the largest cast to the smallest with a cast all on Zoom screens. The beauty of it though is that the way everything came together was perfect for the time that we’re in. The final result ended up being worth every moment of uncertainty and now they’ve hit more than 15 million views.

She is back in her gym teaching classes there. Basically, 2021 is all about trying to find ways to support people and hopefully go back to live events.

Travel – They’ve actually still been traveling quite a bit.
Food – Pizza
TV Show – The Queen’s Gambit, Bridgerton
Bringing Her Joy – Getting back to working with her family 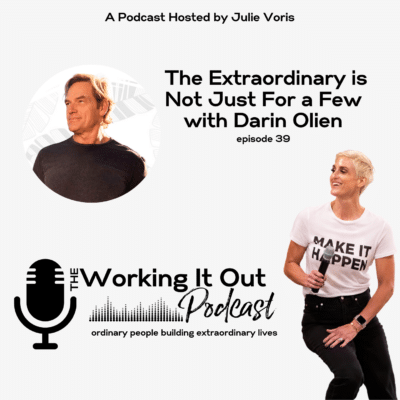 The Extraordinary is Not Just For a Few with Darin Olien 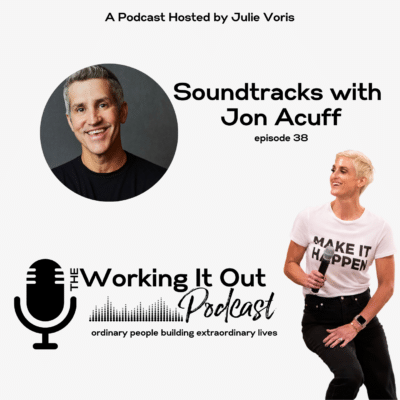 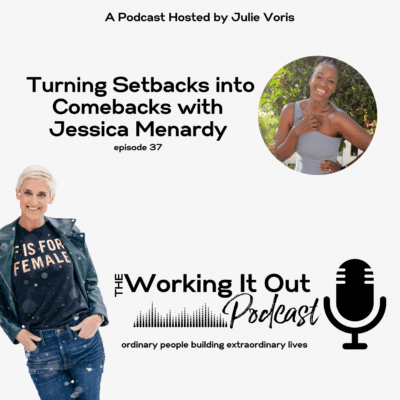